Rising damp problems in London and the South East England?

While it is somewhat rare, rising damp is about the hardest type of damp to repair. It is caused when ground moisture rises in buildings’ walls. The signs of rising damp are a characteristic tide marks along the wall, crumbling floorboards, and deposits of powdery white salts on both floors and wall.

Rising damp arises at the ground floor since the rising moisture is from the ground. Condensation is mistakenly thought to be the cause of rising damp. 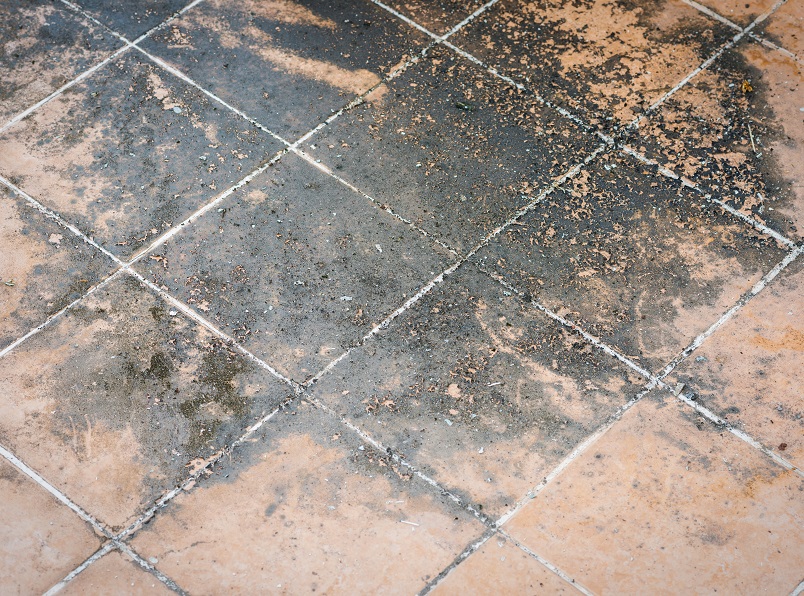 Moisture rises through concrete floors because of the lack of a damp proof membrane when the floor was laid. Damp easily travels through concrete because of its porosity. The problem escalates when the moisture bridges the levels of concrete and get to the top layer. Generally, it is at this stage that you notice damp carpets, cold floor coverings, and warping floors.

Environmental adjustments around your home can have a huge impact on the ground moisture levels. If for instance, you uproot a tree or large shrub from your compound, the water that this plant initially utilised accumulates in the ground. The water levels rise and pressure is exerted on your homes instead. The concrete slabs usually take the biggest hit after the damp proof course has been bridged.

Damp floors may cause damp in walls

Older buildings with solid concrete usually lack a damp proofing system. Without a bridge to protect the structure, water easily rises through the concrete floor. Over time, the floors accumulate damp and it rises through the bricks in the walls, further intensifying the problem.

What is damp proofing?

Damp proofing is the array of methods employed to prevent and eliminate damp problems. Damp can cause rot which destroys and weakens furniture and property. Rot, if left untreated, eventually damages the structure of a building. This makes identification and treatment of damp very critical. Damage of the existing damp proofing system, or lack of one altogether, could lead to issues that escalate to wet and dry rot.

When putting up a house, or erecting an extension on your property, it is imperative that a damp proofing system is set up during the primary stages of construction.

Currently, it is a requirement that every damp proofing be incorporated in the building plans of every structure. These systems are both durable, strong, and made from Polyethylene 1200 Gauge. The proofing is laid between the concrete layers and hard-core to create a layer impervious to moisture.

In a situation where the existing damp proof system failed and got bridged, an epoxy Damp Proof Membrane is used as a remedy. It is a solvent-free, low odour liquid that tackles moisture levels in the concrete.

We offer damp proofing services to help you prevent and treat existing effects of damp. This can either be due to a damaged damp proofing system, the lack of one, or a poorly installed system. Call our experts on 01245 678920 for a quick response.

Repair or replace a damp-proof membrane

If the damp you are experiencing is just a single patch on your wall, you can easily repair it by painting over it to prevent it from spreading. You will also have to apply a double coat of waterproof bitumen latex emulsion on the floor. This you can purchase at your local store. Furthermore, some experts endorse installing foil building paper (with the foil side up) before the paint dries up.

If the damp problem is much bigger, so much so that you cannot repair it yourself, it is recommended that you involve the help of an expert in the field. A certified expert in damp proofing will advise on the best course of action as well as offer the best solutions. Southern Damp Proofing offers industry experts who will visit your property, diagnose the problem and prescribe a lasting solution. Our rates are very competitive, so you are assured that we will solve your damp issue without breaking the bank.

Do I have Rising Damp?
The best way to recognize Rising Damp is by a clearly defined dampness on the wall from the ground up to a certain height. It is also the cause for chipping paint, bubbling plaster and peeling wallpaper. These signs are not isolated. Depending on the kind of building and severity of the problem, Rising Damp can manifest in many other different kinds of ways.
Who does Rising Damp effect?
Rising damp is an issue that millions of homes and buildings across the UK have. From archaic buildings to A listed properties and commercial buildings. Rising damp is not limited to just homes, but offices, industries where humidity is raised and workplaces.
Is rising floor damp a serious problem?
If left untreated, rising floor damp can cause serious structural problems. It can interfere with your interior décor, the floors and walls. Additionally, the smell is not very pleasant to live with.

As with many other forms of damp, rising damp is a health risk if you get exposed to it for prolonged periods. Aside from the growth of moulds, the humid and cold environment that you will be subjecting yourself and family to could cause serious respiratory problems. As far as costs go, the cold environment could lead to higher energy bills as the room temperatures reduce drastically.

How to check for damp?
Looking for Rising Damp is not hard at all. First off, feel the walls for any areas of cold spots. Ceilings will have damp marks on them from where the water spread outwards from the source of damp. On the floor, check the floor skirts for any damage. Most affected flooring will lift off the ground.
« Injectable Creams
Damp Ceiling Treatment & Repair »