What is a Damp Proof Course?

Damp Proof Course is a form of barrier installed at the lower level of the wall of a building to prevent water from rising up that way. They can be made of non-absorbent, water-resistant materials such as slate, bitumen and plastic. Approved document C requires that to prevent rising damp, a damp-proof course should be:

If it is in an external cavity wall, the cavity should extend at least 225 mm below the damp-proof course, or a cavity tray should be provided with weep holes every 900 mm so that water running down the cavity cannot pass to the inner leaf. Damp-proof courses are now required in the construction of new buildings to prevent rising damp and in some situations to prevent penetrating damp. 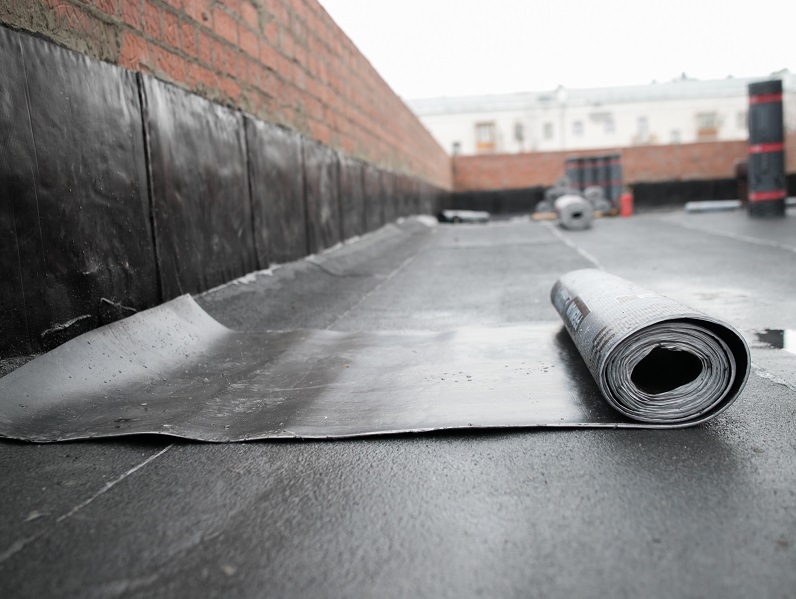 What does a Damp Proof Course do?

A Damp Proof Course (DPC) is one of several damp proofing treatments used to prevent damp problems developing within a property. Damp proof course repair can be applied using a variety of different methods and is a long term solution to preclude moisture from entering a property through walls. The build-up of excess moisture within a building can eventually result in structural damage and therefore pose a risk to your property.

Over the years, construction practices have changed as has the DPCs used in our homes. Initially, many homes used slate tiles, yet with the modern plastic damp course the cost is far lower, it has become the new standard. Stainless steel is also used in many modern construction projects.

Where do you find your damp proof course?

Since raindrops typically bounce approximately 150mm after hitting the ground, this ensures the wall above the damp proof course is well protected from water saturation. Damp Proof Course is often a black material and should be visible (not mortared over). If it is mortared over (often done for aesthetic reasons) the mortar can act as a ‘bridge’ between the brick layers above and below the damp proof course reducing its benefit.

What Materials are used for damp proofing?

These are materials which do not crack, break or deform under pressure or load. Most commonly used examples include;

a) Bitumen Mastic (Mastic Asphalt)
These materials demand special care when laying. It consists of asphalt or bitumen mixed with fine sand in a hot state to form an impervious mass. Due to this consistency, it can be spread (when hot) to a depth of 2.5cm to 5cm, which sets on cooling. It provides good impervious layer.

b) Bitumen Felts (Sheets)
It consists of 6mm thick sheet of bitumen prepared in rolls having a width equal to that of a brick wall.

c) Hot laid Bitumen
This material is used on a bedding of cement concrete or mortar. This should be applied in two layers at the rate of 1.75kg/m2 of the area.

These materials do not resist transverse stresses and cracks when subjected to severe loading.

a) Rich Concrete
1.2cm to a 4cm thick layer of Rich Concrete (1:2:4) painted with two coats of hot bitumen is used as horizontal D.P.C. It also prevents moisture penetration by capillary action. These layers are laid where the damp is not excessive.

b) Mortar:
A 2cm thick layer of Rich Cement and Sand Mortar (1:3) is applied on the inner face of the external wall. This is a vertical D.P.C. The surface is then painted with two coats of hot bitumen.

c) Bricks:
Over burnt or dense bricks in one or two layers can be used as cheap and effective DPC. They are laid in Rich Cement and Sand Mortar. Bricks are rarely used as DPC except in cheap houses.

What are the Benefits of Damp Proof Course?

What method do you use for installing a Damp Proof Course?
Most commonly a chemical injected DPC is inserted using a specially formulated cream or water-based product. The wall is drilled at the appropriate level and the chemical is inserted into the holes creating a barrier to rising damp.
Mortar injection DPC is used mostly in random rubble stone walls. Our technicians will drill holes in the wall and apply a specially formulated cement-based mortar.
Electro-osmosis system is another way used in the installation of DPC. Electric charge is installed to the wall through wires and earthed to the ground to reverse the polarity of the capillary action and pull the damp back into the ground.
How much does damp proofing cost?
Basically, the costs depend on the kind of damp. There are three major kinds of damp, and each one will have different causes and different treatments – with a wide range of costs depending on the diagnoses.
When can I carry out redecoration after the Damp Proof Course?
The general rule is that it will take one month for each 25mm thickness of a wall to dry after the rising damp has been stopped. The first stage of decoration can be applied once the plaster has dried. Water-based emulsions should be used for the first decoration to walls as vapour will continue to dry from the wall for a period. It is not recommended that vinyl paint or wallpaper be applied as the first decoration as this could hold back the drying process and cause damage to your new decoration.
Rising damp affected walls can take up to 6 months to dry out for a 150mm thick wall and will even take longer for thicker walls.
« Mastic Asphalt Waterproofing