Waterproofing of Your Cellar and Basement

If you want to repair a damp cellar or basement, we would advise you to consult a professional in the field of structural waterproofing. Waterproofing can be successful only if it’s done accurately, an accuracy that rests on the knowledge and experience of an expert professional.

Why do you need to waterproof your basement?

Do you wish to own a basement that is habitable? In other words, do you want it to be dry and safe, as opposed to damp, dank and miserable? As you have guessed, this is a rhetorical question that needs no answer. 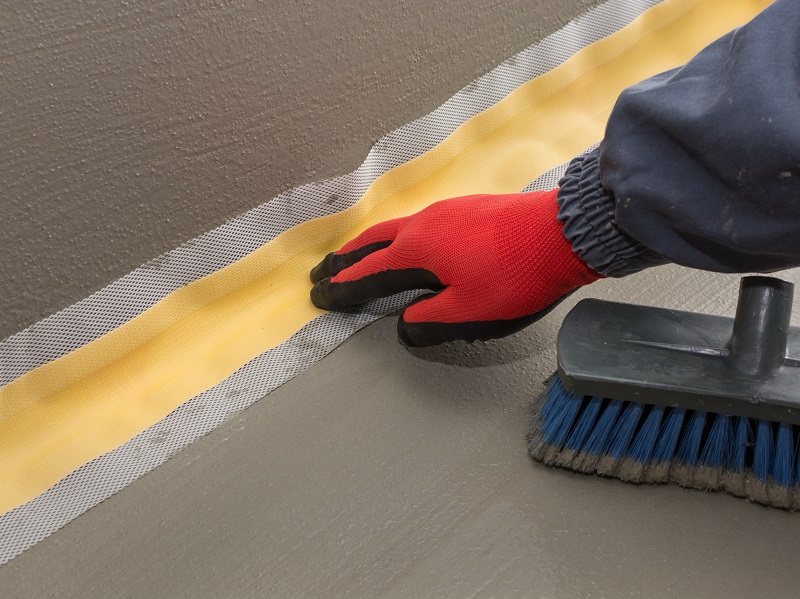 Do you wish to ensure that your basement can be put to functional use? Then, you would do well to consider these possible consequences and realise that you cannot avoid basement waterproofing.

Why do you need to waterproof your cellar?

Do you seek a cellar that can be used as a functional space of your residence? If your answer is affirmative, ensure that you waterproof your cellar. You would need to understand the difference between a water-table “perched,” as opposed to a water-table that is “true.” Sometimes, the water-table saturates the soil at a level that’s higher than its normal level, before descending to its “true” level that is lower. Cellars are often located below a water-table that’s “perched,” with the result that such cellars are subjected to great hydrostatic pressure.

Brickwork and masonry crack when a cellar wall is subjected to hydrostatic pressure, resulting in leakage of water into space, thereby causing the room to become dingy, dank, and damp.

Given that such problems as wet rot and dry rot thrive due to damp conditions, the health of a room in your house is seriously threatened by such conditions. Further, household pests are attracted by damp conditions, something a homeowner would never want in the cellar he has recently converted.

How can you waterproof your cellar and basement?

Many homeowners favour a basement waterproofing option that involves installing a contemporary “water management” system consisting of drainage, and wall membranes, as well as sump-pumps used for the collection and removal of water from a cellar or basement without making the space uninhabitable, a retrofit solution used in basement flats and basement conversions. Regardless of why you want to waterproof your cellar and basement, you can devise your retrofit solution in two possible styles: 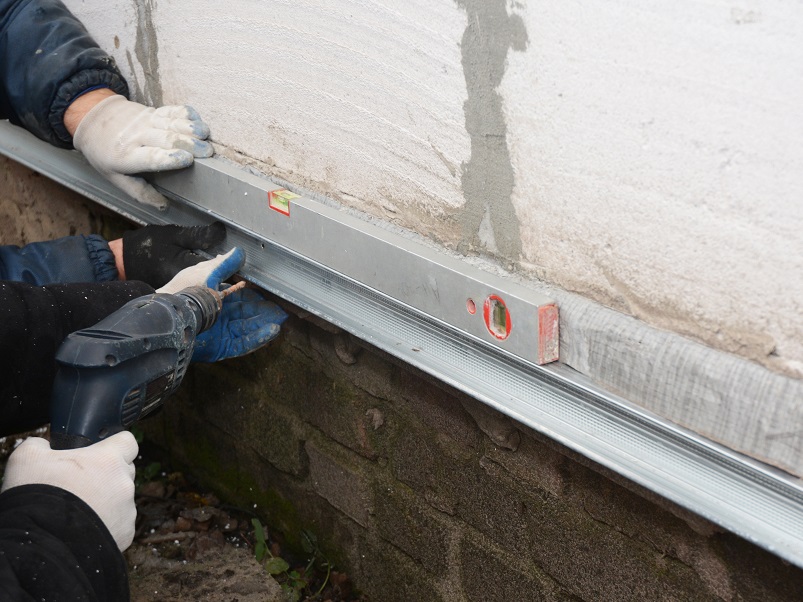 You can tank a cellar and basement

You can prevent the ingress of moisture by applying to the walls of your cellar/basement a barrier called tanking that consists of waterproof cement or slurry and that literally blocks the ingress of any water into the basement. Though tanking is by design a strong, durable solution, it may not be effective in an area that has extreme hydrostatic pressure. It will also fail in a location where the ground often vibrates.

To quote an instance, think of a property near a busy road or a railway track. However, tanking has proven successful for many years as a waterproofing method, and many projects may benefit from its application.

Tanking is a traditional waterproofing method that involves the application of a cementitious barrier to the walls of cellars and basements. While tanking is an effective method of waterproofing a cellar or basement, it may not work if the earth surrounding the property is subject to vibrations, or if the soil in the vicinity of your cellar/basement is very moist, causing such hydrostatic pressure that tanking eventually cracks and leaks.

You can install a modern system of waterproofing

A modern system of waterproofing must be differentiated from tanking or other traditional systems. In a traditional waterproofing system, the wall of your cellar is subjected to cementitious coating to prevent the ingress of water into the cellar/basement. By contrast, water ingress is permitted by a modern system of waterproofing. However, the water is also channelled, drained and pumped away safely by the system that also helps hide the water from view.

If you chose to adopt the most contemporary method of waterproofing a basement, you would need to manage and channel any water entering the basement with a hidden drainage system. You would have to support such a system with structural membranes to enable waterproofing and sump-pumps of high quality. These systems that effect “hidden” control of water ingress before they channel it away are not subjected to any risk arising from the leaks and cracks that result from hydrostatic pressure. Thus, they can be maintained much more easily.

In a combined action, these components successfully reduce the pressure placed on the cellar/basement walls: they keep groundwater from building up in the vicinity of the basement. Consequently, your basement will be left dry to allow any sort of conversion desired by you.

Why Choose Southern Damp Proofing to do your professional waterproofing?

We, at Southern Damp Proofing, are responsible for the waterproofing of your cellar, starting with a survey and going right up to the final installation.

With years of experience in waterproofing, our surveyors bring to bear CSSW qualification standards. Numerous industry bodies, such as the PCA and the BSWA, have endorsed our methods. Our qualified and experienced technicians and surveyors will:

Is your basement damp and unusable? Do you wish to make it dry and, therefore, functional? Do you seek counselling about cellar and basement waterproofing? Call 020 7971 1329 today to talk to our team of experts.

Whether you want to convert your domestic cellar/basement or waterproof substantial commercial space, you can seek assistance from a local branch of Southern Damp Proofing  which boasts a countrywide presence.

Will any course that is damp-proof help me to resolve problems relating to my damp basement?
No, unfortunately. While the ingress of moisture into walls in your house may be halted by using a course that is damp-proof, ground moisture could continue to permeate into your basement. Though the damp-proof application is designed to repel water, it fails to resist water driven by gravitational pressure. We may sometimes have to rely on not only a waterproofing system but also a damp-proof application. This is particularly true in the case of a basement with access to a ground floor. For instance, some hills may have such basements built into their sides, along with ground-bearing as well as free-standing walls. You can seek help with such a problem by talking to our surveyors who boast CSRT qualifications.
Are structural problems resulting from the leakage in the basement of my house?
We hope not, though it could happen. We can send our surveyors to investigate whether there are any structural problems in your home that could have resulted from the dampness. However, if there are any cracks in your basement, we can set up a counselling session with a structural engineer, an independent professional who is reputed and experienced.
How much time will it take to waterproof my cellar/basement?
It takes just some days and at most a couple of weeks to complete a homeowner job. However, it may take longer to complete larger projects. We will be very transparent about the job and estimated timelines of completion before we begin work on it. We have an experienced, dedicated and hardworking team who will do a thorough job of waterproofing.