Buildings often face two major types of problems which are mainly rising damp and penetrating damp, if not properly dealt with both can lead to a series of significant problems. For better understanding, damp literally rises from the ground to a level of about 4 feet and does not go up higher from there.

What we can do

Firstly, we determine the level of the problem, we check whether any moisture is actually damp and not water penetration, in cases of water penetration, some repairs are necessary. Secondly, we check how deep the problem has evolved. For instance, if you detect a damp patch, gently trace it in pencil and see whether it grows or diminishes over time with changes in the temperature or weather. And then decide how to fix the problem. 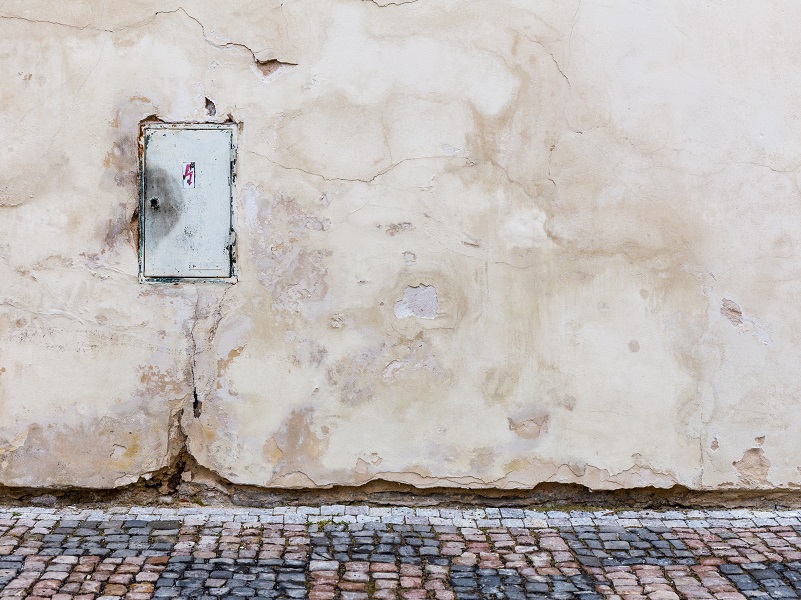 What is a damp-proof course?

A damp-proof course (DPC) is a layer typically of bituminous plastic which is set up underneath the wall where the floorboards are located, in the space between the ground and the inside floor. A damp-proof course is one of the different damp proofing treatments used to avert damp problems evolving within a property. If for some reason a DPC is not rightly installed, it certainly will not work and will allow damp into your house.

Damp proof course repair is applied using a variety of methods which is a long-term solution to prevent dampness from entering through the walls of a property. Excessive dampness within a building or property can lead to structural damage as well as pose further danger to the property.

Insert or repair a damp-proof course?

The most popular way to rectify a damaged damp-proof course is for a damp specialist to drill holes in the wall and introduce damp-proof cream to function as a new course. Although different solutions can be proffered, like cutting grooves into the brickwork and introduce a piece of damp-proof course instead of a chemical approach. This is better than drilling holes and can be comfortably hidden. Our damp page regularly displays the prices of these jobs.

What is a damp-proof membrane?

A sheet of material impregnable to water placed in one piece that is set below the concrete floor of a building to intercept groundwater going through the concrete base. A vivid example is polyethylene sheeting set under a concrete slab.

Repair or replace a damp-proof membrane?

In cases of a small patch of damp on the floor, it could be remedied by painting over the patch in order to halt further water from coming through. Two coats of bitumen latex waterproof emulsion should be applied below the floor which can be bought from different DIY stores. some experts advocate laying reflective foil building paper for extra protection.

This is applicable to minor cases, dealing with excessive dampness, the damp-proof membrane may need to be replaced entirely which is likely to be costly but necessary if other solutions have proven abortive.

What is the cost of a damp-proof course?

While considering the cost of damp-proofing, it is important to call the attention of professionals to solve the problem. Here at Southern Damp Proofing, our specialist in damp-proofing will work across different locations to make sure your home is damp-free and protected whether you find water in your basement or just a little path of damp. Waterproof rendering, damp proof courses pumps and sumps, cavity membrane, tanking and lots more are available at Southern Damp Proofing, and we can give you our damp proofing cost online today.

Why you should choose us?

At Southern Damp Proofing, we are professional house painters who have been in service in the UK since 1986 with a wide range of home improvements, we offer a twenty-year guarantee and an all-year-round application. It is advisable to book work up to six months ahead of time. Here at Southern Damp Proofing, our staff are friendly and highly trained, we are open 7 days a week, we offer no obligations, no pressure service, we are reliable and trusted tradesmen. We are experienced as we have taken all kinds of building works and make thousands of our customers happy.

Southern Damp Proofing is proud to offer Damp Proof Membrane (DPM) Treatments in London.
London is a Capital City in Greater London.
London’s local tourist attractions include Hatton Garden, Canary Wharf, Three Mills, and River Thames.
A number of waterways and rivers such as London River Services, Kensington Canal, and River Thames are located within London.
London’s council/local authority is a Devolution In The United Kingdom.
London is part of Greater London.
London is linkedd to county district shires including Bromley, Bethnal Green, Ponders End, Bexley, and St Pancras.
Wards in London are usually named after thoroughfares, neighbourhoods and parishes, these include Brentford, Barnes, Teddington, and Kew.
Capital City’s including London are split are representated parliamentary constituencies such as Kensington and Chelsea (UK Parliament constituency), Paddington North (UK Parliament constituency), Chelsea (UK Parliament constituency), Battersea (UK Parliament constituency), and Westminster Abbey (UK Parliament constituency).
The Capital City of London additionally contains villages such as Harefield, and Arkley in its boundaries.
London contains a number of settlements including Seven Sisters, Gordon Hill, Forest Gate, World’s End, Harold Wood, South Kensington, and Barnsbury.
Southern Damp Proofing’s Damp Proof Membrane (DPM) Treatments area in the Capital City of London also encompasses West Ham, Oakleigh Park, Ponders End, Brondesbury Park, and Chadwell Heath
Other service areas of Southern Damp Proofing in London, England are comprised ofTooting, Surrey Quays, Gunnersbury, Enfield Town, and Wapping,
in addition to London’s outlying urban areas Pitshanger, Wealdstone, Colliers Wood, Poplar, and Burnt Oak.
Last in order of mention, Southern Damp Proofing’s Damp Proof Membrane (DPM) Treatments cover the larger London area along with Chessington, Worcester Park, Streatham, Kensal Town, and Roehampton.
Within In London, Greater London you can find several small communities including Fulham, Angel, Hornsey, Wimbledon Park, and Duckett’s Green.
Towns such as Brent Cross, Summerstown, Eltham, Highgate, and Sydenham can be found within London.
Other towns found within the Capital City of London include Romford, Barking, St Mary Cray, Kingston upon Thames, and Uxbridge
Institute of Cancer Research, and Lister Institute of Preventive Medicine within London are known through out the England and the United Kingdom.
Amongst the numerous schools and further education establishments in London are Redcliffe School, and Sussex House School.
Informal learning environments in London include the Design Museum, and Carlyle’s House.
Ranelagh Gardens, Wimbledon Park, and Vauxhall Gardens are popular with London residents and known through out England.
Notable roads within London include Herne Hill, Tulse Hill, and Swiss Cottage.
London reputation can be ascribed to its rich heritage including Statue of Charles II, Royal Hospital Chelsea.
Withing the boundaries of London, Embassy of Spain, Regent’s Park Estate, Elephant and Castle, Albert Bridge, and 66 Old Church Street of special interest.
A number of churches are located in London including Lady Margaret School, Chelsea Academy, and Chapel at College of St Mark and St John.
Nell Gwyn, Enfield Island Village, Southwark, Chelsea Harbour, and Clapham are but a few of the important parts of the history of London.
Canary Wharf are notable as London’s main business centres.
A number of companies including Granny Takes a Trip, Wilkinson Sword, and J Gurney Nutting & Co in the Capital City of London.
London is a centre of commerce and shopping centers such as Peter Jones (department store) are famous.

Must I remove the plaster before applying the membrane?
Depends. If you have a cement render, your wall is made of hard, good sand and can withstand the drilling, then you don’t have to remove it. However, if you your wall has Bonding plaster and Gypsum, then you have to remove it.
Can I use a Membrane if my wall is old and rough?
Absolutely. If your wall is loose, uneven, or out of line, a timber ‘stud’ frame will hold the Membrane in place.
When is a Membrane used?
Usually below the ground like in a cellar or basement. But it can also be used above the ground in cases of ‘salts’ problem, stained chimney breast or a cold wall.
« Damp Treatment Paint
Silicone Damp Treatments »