What causes damp in ceilings?

Excessive moisture in your ceilings can cause damp and create mould. This moisture can build up from condensation due to the use of inadequate materials during construction, poor design, or broken and leaky pipes. If there is damage to a roof or window frames, then rain could also cause damp by seeping in. Even newly built homes can have damp if the house is still drying out from when it was constructed. 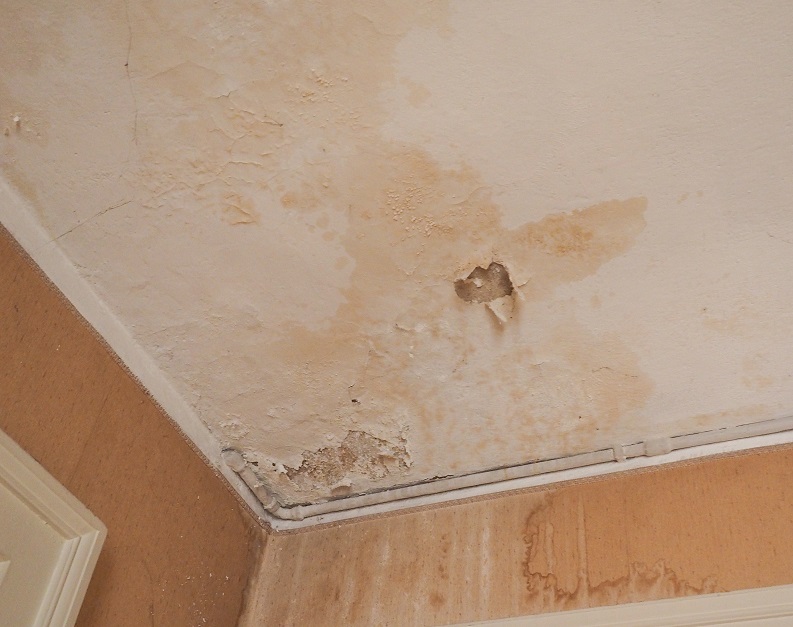 How to diagnose damp in your ceiling

There are different looks and causes to damp in ceilings because damp can come from various places. Defective waterproofing, installation leaks, poor indoor ventilation that leads to condensation are just a few of the sources of damp that can harm your ceiling. At Southern Damp Proofing Proofing Solutions, we can diagnose the problem by looking at the ceiling and finding why the damp is occurring. An expert can give you a free, no obligation diagnosis when visiting your home.

How to treat and repair ceilings

Ceilings that have been affected by damp can deteriorate quickly and cause considerable damage to the structure of your home. That is One place that is exposed to the elements, such as heavy rains and hailstorms, our terraces. Every effort should be made to ensure there is no standing water on your terrace. Concrete is not necessarily an effective method of waterproofing as it is not always watertight independently. When using reinforced cement concrete, other types of waterproofing should be made.

To find the best treatment for damp or mould on your ceilings or terraces, you should always contact an expert. Experts can adequately diagnose the damp or mould, find the source of the damp, and will discuss the different treatment options with you. The suggested treatments depend on a variety of factors, including how affected the ceiling is by the moisture. In order to complete the waterproofing process, the moisture source should be fixed. Even if the source is near concrete, you must use some sort of waterproofing materials because concrete is not watertight.

The ceiling treatment and repair process

Waterproofing your home can be done in many ways. If moisture is found in the walls or ceilings of your home, there is no need for worry because this issue can be fixed quickly by using the appropriate tools and materials. Some of the methods that could be suggested might include silicon-based water repellent or brickbat lime coba treatment. Going through the treatment and repair process, you should not only consider cost as your determining factor for which treatment you choose, because the cheapest treatment may not always the best treatment for your situation. One of the most recommended treatments is using waterproofing mortar and a cement based waterproofing chemical along the vertical and horizontal joints in your home.

Once our expert has determined where the moisture is coming from, remedied the problem, we ensure the area has dried properly before repairs begin. Once the area has been appropriately dried, we then use HG mould remover spray to treat and remove any occurrences of mould. Once your ceilings are mould and moisture free, they can be coated with a stain blocker paint or damp seal. Once the stainer seal has been dried, you can then decorate your ceiling with coloured paint to match the other walls in your home.

Request a complete, no obligation diagnosis free of charge

Southern Damp Proofing Proofing services offers a free, no-obligation quote. Once our technician has completed their visit, we provide a complete and free report of our findings.

Is damp proofing work covered by insurance or guaranteed?
Making property repairs and treating your home with the damp proof course can cause worry and some homeowners. However, you can rest assured that we take care to properly and effectively treats and repair your home.

Southern Damp Proofing has so much faith in the quality of the repairs and treatments that we provide that we are able to offer guarantees with long terms. All of our guarantees are listed for you in your free, no-obligation report.

How much does treating and repairing the damp ceiling cost?
When it comes to repairing and treating a damp ceiling the cost of the repair varies based on the affected area and the materials needed to repair and treat the ceiling. We estimate that the average price is around £70 per metre which translates to roughly £280 per wall. This estimate does not include any redecoration costs, which can be the most costly part of making the repairs.
How can I prevent damp in my ceiling?
It’s always better to prevent damp and have to treat or repair damp problems. You should frequently check your house, roof, and gutters for damage. Always check your roof after winter storms and keep your gutters clean. One way to keep your gutters clean is to use gutter guards or use a tool specifically for gutter cleaning to help keep debris from clogging your gutters.

In addition to the roof, one thing you should regularly check for in your home is the outside brickwork. If you see mortar that is crumbling you should call a professional to ensure that you do not need immediate repairs.

What are the main causes of damp in ceilings?
Just because you see water spots doesn’t necessarily mean that you have a leaky roof. Sometimes water spots may be due to plumbing pipe condensation, window condensation or even plumbing. To know for sure if the spots you see on your ceiling are due to a leaky roof check to see if the spots grow in size, appear, or darken after it rains. If you see these symptoms, then most likely your roof is indeed leaky.
« Damp Floor Treatment & Repair
Damp Wall Treatment & Repair »