Is it Rising or Penetrating Damp?

We have all experienced condensation or damp in our properties at one time or another. Residing in a home with dampness present can be risky for the health of everyone living in it. Dampness in a property can come from all sorts of sources. It is crucial that you understand how the property is constructed, especially with older buildings. Damp can lead to issues with the property if not treated, which is why it is essential to address the issue as early as possible. The longer the issue remains untreated, the problem will surely worsen resulting in much more expensive repairs and even replacement.

Determining whether the problem is rising or penetrating damp is critical. The misdiagnosed damp issue will result in ineffective damp proofing treatment and measures.

Rising Damp: What is it?

Rising damp is a form of damp that is somewhat rare and affects building walls. Rising damp happens when moisture coming from the ground elevates through the walls as a result of capillary action. Water in the ground is absorbed through very small tubes in bricks which are comparable to straws. The most common sign of rising damp occurrence is a tide mark on the wall. The water that rises up the wall contains soluble ground salt as well, which are deposited as damp evaporates within the masonry. 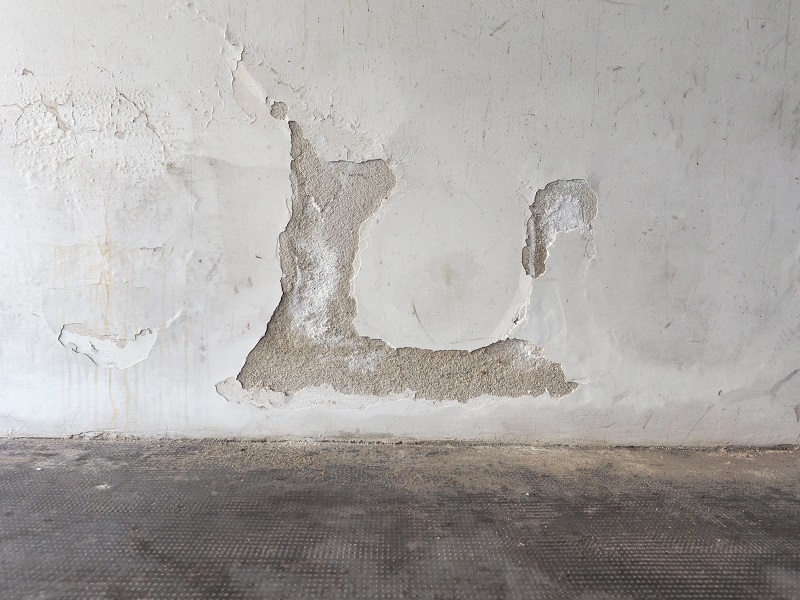 These salts will cause the paint to bulge or bubble with fluffy white deposits on the surface. There are two types of salt involved – hygroscopic salts (nitrates and chlorides) which draw moisture continuously and should be treated immediately, and sulphates which cause the white crusty patches on the wall.

Rising and Penetrating Damp Prevention and Treatment Services in London

What are the Causes Rising Damp?

Rising damp is only limited to ground floor levels, wherein the moisture from the soil permeates up the wall. The damp-proof membrane or damp-proof course is a barrier installed in the walls that inhibits the moisture from going up further. Modern properties most likely have the barrier installed but it may not be present in older buildings. If the damp-proof course is faulty, damaged or missing, the property is susceptible to rising damp. Rising damp also happens when the ground level outside is higher than the floor level inside the property. Rising damp is not always caused by outside sources. For the past 20 years, condensation has become the most common factor that produces rising damp in homes as well.

What are the Symptoms and Signs of Rising Damp?

Rising damp starts to form mould growths in timber, which causes it to rot. Green, white and black mould growths are present. Deterioration of paint and blistering or peeling of wallpaper are also indications of rising damp. Dark patches that are damp to touch can be an obvious sign as well. Outside walls may have discolouration. Salt stains begin to show up on the walls and the mortar may break. Rising damp can also cause iron and steel fasteners to rust. If the occupants of the building start to have respiratory illnesses, rising damp is likely the culprit due to the musty smell and spores from mould build-up. In severe situations, the affected wall may cause plaster or mortar to fall away and deteriorate. Rising damp can also cause tide marks, crumbling skirting boards and powdery, white substance on floors and walls (mineral deposits). 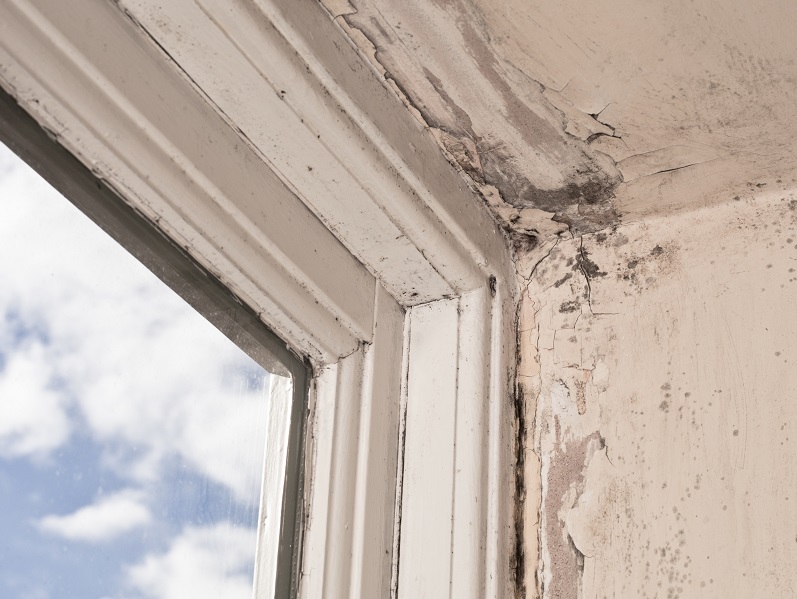 How is Rising Damp Treated?

Penetrating Damp: What is it?

Penetrating damp is a result of water seeping through the walls. Areas exposed to harsh weather conditions are prone to penetrating damp. If it rains frequently and comes to contact with the wall, saturation happens, which makes the isolated patches increase in size. Penetrating damp can affect all ages of properties, but older ones are more susceptible. This type of damp has two categories:

What are the Causes of Penetrating Damp?

Penetrating damp is typically caused by structural issues in a property or building, like defective brickwork, faulty roofing covering or guttering, defective joints between walls and windows, leaking rainwater pipe, and crack on the walls. Internal leaks can also aggravate penetrating damp (e.g., pipes found under the bath or sink). Pointing, brickwork and render can be deteriorated with frost, age and physical damage. The absence of any form of waterproofing system will also cause penetrating damp.

Penetrating damp is an indication that the roofs or walls are frequently soaked with water. Penetrating damp below ground, on the other hand, is caused by water from the ground that seeps into and out the masonry.

What are the Symptoms and Signs of Penetrating Damp?

What are the Most Common Areas that Can be Affected by Penetrating Damp?

How is Penetrating Damp Treated?

The most important thing to do is to get rid of the main source of moisture by inspecting every area in and around the building. Look for defects in the gutters, flashing, downpipes, window frames and rendering. Make sure that the gutter is free from obstruction, but if it is, consider replacing the guttering. If you find any gap around the window frame, you can seal it. You can also remove any debris in the cavity wall if you find any. The debris acts as a bridge for dampness from the outer wall to the inner wall of the property.

The waterproof coating could also be used on the external wall. The coating will form an impenetrable barrier against moisture and it will repel water as well. Fungal growth can also be prevented by the said coating.

For penetrating damp below ground, treatment is a little bit more complex. It is best if you hire a professional to do the job. An expert will apply a cementitious survey or plastic membrane in the masonry.

Seeking help from an expert will ensure that your damp problem is dealt with properly and professionally, resulting in the application of the right damp proofing treatment.

What are the Measures I Can Do to Avoid Damp Problems?
What are the Problems Caused by Damp?
Damp can cause decorative spoilings, such as rots in floor joists, skirtings, ceilings, floorboards and wall plates. Damp can weaken the structure of the affected building as well, resulting in the erosion of stone and brickwork. For wood, damp can cause wood rotting fungal decay. Dampness can increase heat loss, resulting in higher electric bills. Frost damage to the masonry can also be present. Long-term exposure to damp can also cause health issues for the occupants, such as asthma, reduced lung function, allergies and more due to mould growth. There is a recent study that indicated that damp problems in the home can lead to depression.

It is highly important to address the damp issue once it is detected no matter how minor it may seem. The real problems happen when the damp problem is allowed to spread and develop spores.

What is the Long-term Solution to Rising Damp?
You should frequently check your damp-proof course to avoid rising damp from occurring again. The integrity of the wall structure of your home should be maintained. Keep your property dry at all times and promote the proper circulation of air. Installation of moisture barriers can be of great help as well. You can also install passive moisture sinks to deplete the penetration of water to the foundations.

Constructing a wall with cavities may prevent moisture from penetrating into the building. If you are planning to renovate or build a new home, you should consider this as well. The cavity should be thoroughly ventilated.
If you require an appropriate and long-term solution for your rising damp problem, we at Southern Damp Proofing can provide you with exactly what you need. We have professional surveyors and damp proofing technicians to assist you at all times.

How Do I Effectively Deal with the Damp in my Property?
When you suspect or discover a damp problem in your property, you can ask for a second or third opinion to avoid paying for unneeded treatments that would be a waste of time and money. Damp problems are misdiagnosed in many instances, that is why it is necessary to be certain of the type and severity of the damp issue your property has before applying any treatment. You could consider if the issue is caused by leaking pipes, condensation, faulty guttering, damaged plumbing, substandard surface drainage, or air bricks that are blocked.
How Can I Keep My Property Dry?
Can I Fix the Damp Issue Myself?
If you want to avoid costly treatments, there are DIY procedures you can do to solve your damp problem, such as resealing and fixing windows and door frames, applying water repellent layer to the masonry, applying damp proofing injection cream, and repointing mortar. For more complicated issues, you will be needing a professional to do the job for you. Make sure that you hire a team that is worth your money.
How Can I Identify What Type of Damp My Property Has?
Rising damp is where the moisture moves up the wall from the ground while penetrating damp spreads horizontally. Penetrating damp provides a high reading when a damp detector is used. Salts are present in rising damp but not in penetrating damp. There are other distinct features that you can look out for. Feel free to reach out to us at Southern Damp Proofing if you think your property has a damp problem. We provide damp proofing treatment options that will suit your preferences and get rid of the damp problem once and for all.
Why is Treating Rising or Penetrating Damp in a Timely Manner Important?
Both rising and penetrating damp can cause considerable stress to the property owners. People with asthma, breathing problems and allergies are at risk with the presence of penetrating and rising damp. When dealing with any kind of damp, it is necessary to determine the root cause of the issue. Rising penetrating damp is perhaps the costliest damp to treat. Regardless of the severity of the damp, it is essential that the job is done correctly. That is why here at Southern Damp Proofing, we provide a professional and reliable specialist survey to effectively deal with any damp issue and deliver the right damp proofing treatment for penetrating and rising damp. We also offer solutions for woodworm and rot issues. Our surveys are done in compliance with the Proper Care Association ‘Code of Practice’.
How Much is the Cost for Damp Treatment?
The cost will depend on the severity of the damp problem, size of the building, and the root cause. You can call us at Southern Damp Proofing, so our experts can inspect your property and provide you with a quotation.

Any form of dampness in your property can result in further damage. Whether you are noticing the development of rising or penetrating damp in your home, it is essential that you consult an expert. Our specialists here at Southern Damp Proofing will make sure that your damp problem is completely solved, so you can rest easy knowing that your property is damp free. Rest assured that we will respond to your request immediately. We give tips on how to maintain a damp-free property as well.

What Is Penetrating Damp » 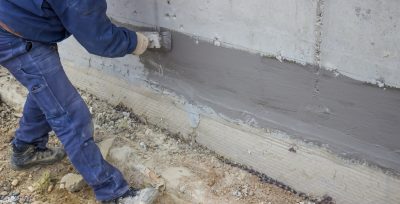 What is a Damp Proof Course? 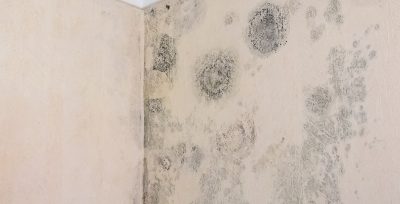 What Is Penetrating Damp